/CZ/ Established in 2007 at the AAAD in Prague. After the initial small events, where Amar Mulabegovič and Dan Gregor experienced first mapping ups and downs The Macula got the opportunity to create a projection on the world famous Prague clock tower during his 600 anniversary. This work became a breakthrough in the development of the group and thanks to the huge response especially from abroad the group began working on projects all over the world. Music for Khôra is created by Ondřej Skala.
Installation

Khôra (Khora or Chora, in ancient Greek: χώρα) is a philosophical term described by Plato as a vessel, space or interval in his work Timaeus. It is neither existence, nor nonexistence, it is the interval between, in which the “forms” are originally present. Khora “gives space” and possesses maternal hidden meaning (uterus, matrix). Amorphous and unnamable “something” that cannot be identified and can only be called into being through images of unidentifiable phenomena – endless night. 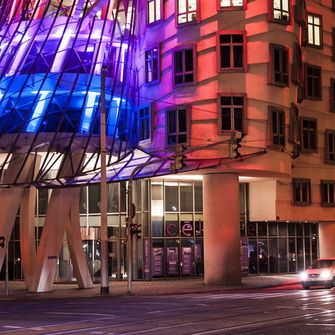 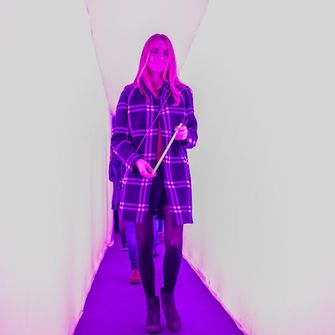 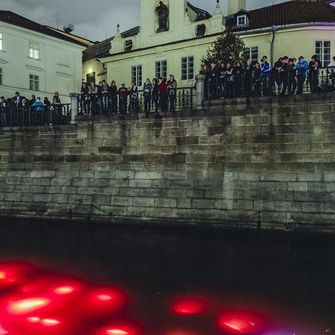