Parker Heyl is a designer, robotist and educator at the Department of Interactive Architecture at one of London's most prestigious architectural schools, The Barlett. He also graduated in mechanical engineering with a specialization in music industry at Tufts University. He focuses on kinetic sculpture, interactive design, visual arts, music and robotics. His work moves on the border of digital and analogic media.

Parker Heyl cleverly and ingeniously recontextualises the concept of hyperrealism by French sociologist and philosopher Jean Baudrillard, as well as referring to the conception of artistic grounding and the feeling of presence in consuming a work of art in real time, as we know it from Walter Benjamin, the German mass culture theorist. According to the creator, the translation of information from the material to the intangible digital world is not without losses, because the work loses its aura, context, or here and now. Jacob’s Wall thus expresses the desire to overcome our current fixation on software skills and the boundless belief in the digital intangible world in which
physical work shifts to the other track. The keyboard, mouse and touch screen have become a universal tool for every right career today. Handcrafting has been damned, and the inhabitants of modern cities are losing skills which were previously quite common. The future to which we are approaching faster and faster through continuous technological innovation is a world in which occurs the progressive marginalization of the meaning of real subjects in favour of glorifying their weaker virtual copies, or simulacrum. The way to get out of it all may be a kind of technotopy. Utopia, which would not only exist virtually, but also materially. Jasob’s Wall is the epitome of this blurred border between virtual and material or real. It returns to strong analogical aesthetics, but this time created using modern digital technology. 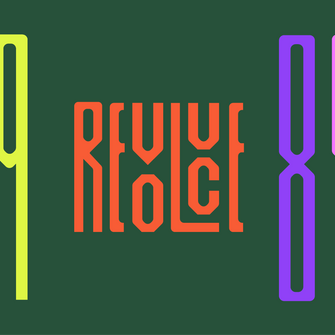